ALL SENSES ARE LOST 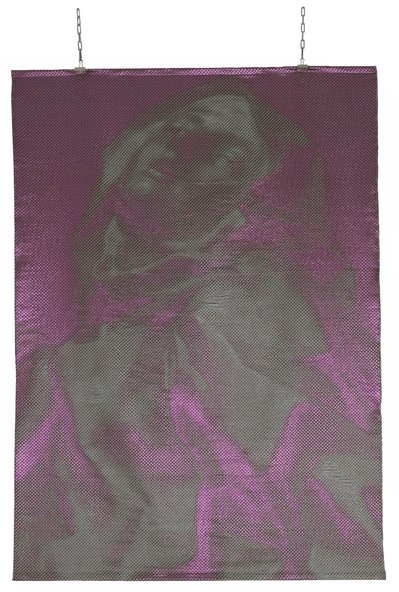 I'm sick of being followed

I'm tired of people lyin', sayin' what they want about me

Why can't they back up off me?

Why can't they let me live?

I'm gonna do it my way, take this for just what it is

All senses are lost is Constanza Camila Kramer Garfias’ first exhibition in which she explicitly approaches gender debates. Starting point of her artistic contemplation is the discrepancy in the translation between the self-constructed image and the male-dominated representation of female figures. The artist takes up an Instagram meme from 2010 which juxtaposes two photographs of saint Teresa of Avilà (1515-1582) and former Disney star Lindsay Lohan (*1986). Whilst Avilà is sculpted in The Rapture of Saint Teresa (1645-1652) by Gian Lorenzo Bernini in a state of transverberation, paparazzi shots caught Lohan 2007 in a moment of intoxicated ecstasy. Instrumentalized by the male subject, attributes such as passivity, dependence and vulnerability are constructed as guiding principles of female existence. Both, are depleted of their lived experience and senses.

In Transverberation Constanza reanimates autonomously Avilà’s self-determined voice fighting for democratizing the Catholic doctrine. Her woven appearance in the RGB color model is pixelated and made to flicker. In A little more personal Lohan’s face is placed in Avilà’s kerchief making the two figures melt together. By using digital techniques of tumbling, hyperlinking and coding Constanza pushes not only the fabric but also the loom to technical and aesthetic limits. One of the result are floating yarns that create a visual disturbance which resonate the beholders’ confusion about the figure’s identity. In the artist’s first video work Keep a watch on: self-monitoring Constanza deliberately exposes herself to the still male-dominated voyeuristic gaze of the camera. She retains control over what becomes visible and what remains invisible as her body alternately moves into the light beam and disappears into darkness again. 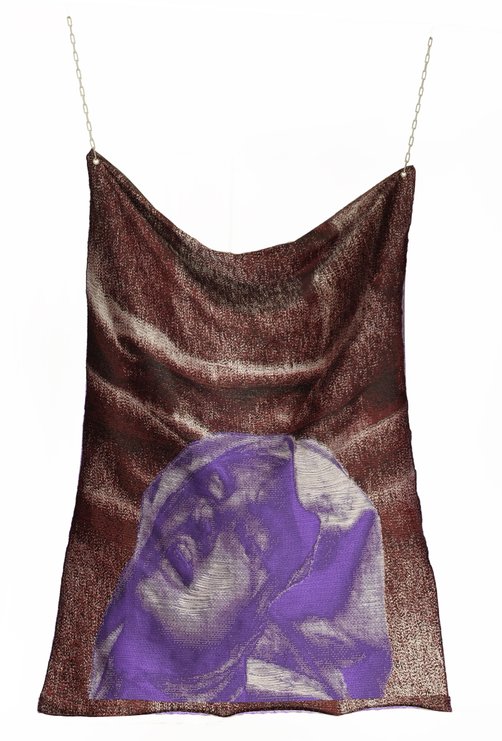 In the tension between self-determined objectification and what the camera lens seeks to capture, the artist questions whether feminism as a theme should be evoked, exposed and/or even negated.

Does revisiting feminist thought lead to its incorporation or does it let patriarchal structures stagnate? Can the perpetuum mobile of female objectification ever be brought to a halt? Constanza’s cross-cultural referencing, non-linear historicity, and deconstruction of the weave’s material specificity are queering techniques that make seemingly stable (normative) structures become unstable. 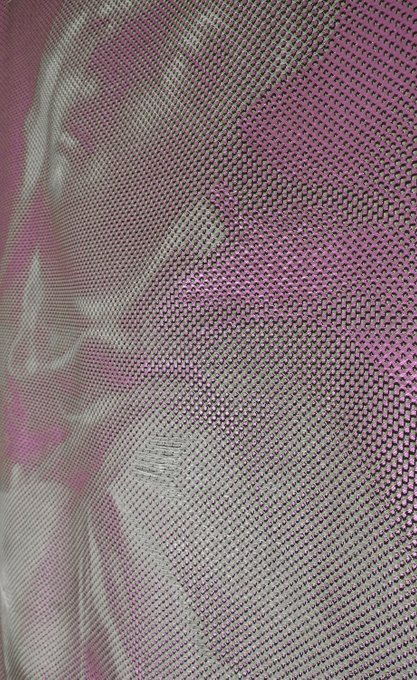