The project Human Super Sonic deals with a wave of protests that started in Chile on 7th October 2019 and culminated in a referendum decision to renew the Chilean constitution on 25th October 2020. The textiles tell of a search for answers and information by the artist, who created a collection of visual material during this significant time of brutal military attacks on partly unarmed demonstrators.

The Jacquard pieces reflect the image and video material and related events, some of which went viral on social networks. The name of the project „Human Super Sonic“ is based on the video „Sonic Chileno“ that became famous during the demonstrations on the platform of reddit.com. In response to the underrepresentation of political events in Chile in German news coverage, the artist has kept herself informed about the political situation in Chile through social media. 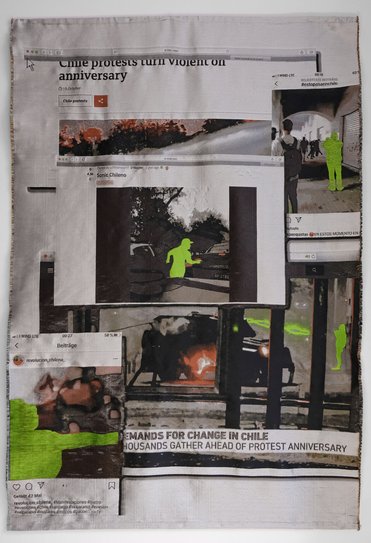 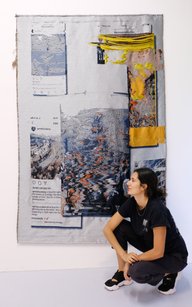 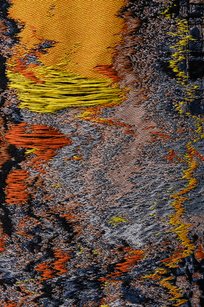 The pieces tell of how difficult it can be to be a person living in the diaspora. In a world of controlled information, it‘s not easy not to get a distorted picture of current political events in one‘s country. Nowadays, one is called into responsibility to get the required information for an unbiased overview of a political situation. This changes the relationship to news and evokes a distrust of the population towards news platforms and the press. 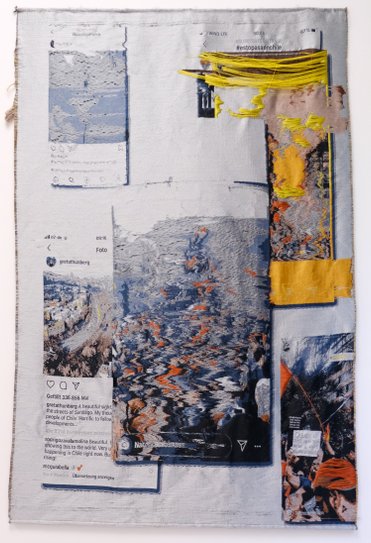 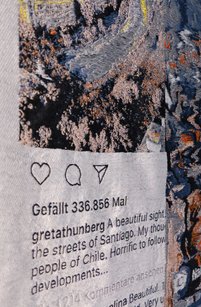 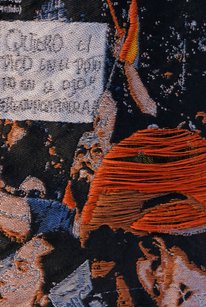 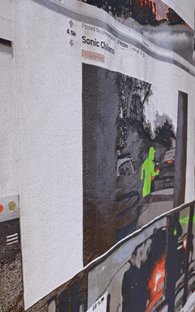 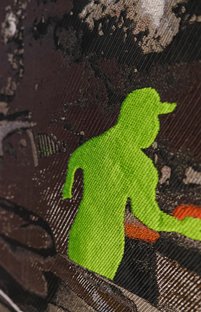 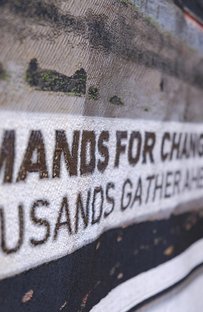 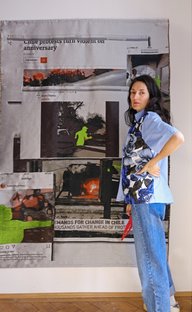