The artist Constanza Camila Kramer Garfias has been engaged in the topic of natural dyes for several years. To expand her practice, she began to study Japanese cold dyeing methods. To increase her expertise, she made her first trip in May 2017 to learn the traditional Japanese stencil printing technique called Katazome at Studio Futaba in Tokyo.

In April 2018, she embarked on her second research trip to Japan. This time she traveled to Okazaki, a village near Nagoya. There she was introduced to techniques of Japanese cold dyes under the tutorship of master dyer Akiko Shikari. It is a traditional craft producing cold dye

baths to dye fabrics based on natural ingredients. It involves time-consuming processes, such as fermenting indigo leaves to produce blue shades. These traditional Japanese dyeing methods are both sustainable and environmentally friendly.

Since November 2019, Constanza has been in constant contact with Studio Shikari and has started a long-term project to grow Japanese indigo plants in Germany. On a parcel of land outside of Munich, she independently cultivates dye plants such as Woad and Japanese Indigo. Her goal is to grow dye plants for herself and use the results for future projects. 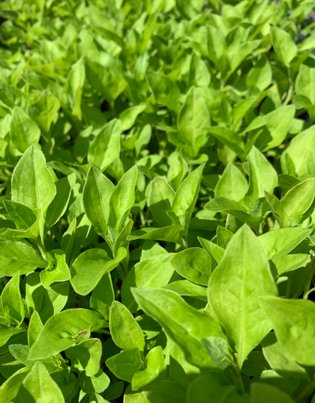 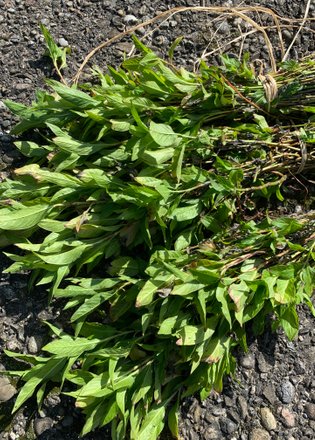 Harvesting of the Indigo plants in August 2021; All photos by Constanza Camila Kramer Garfias 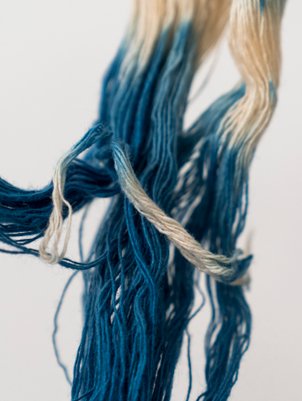 Hand-dyed wool-yarn with self cultivated Indigo, Photo by Studio Seidel, 2021. 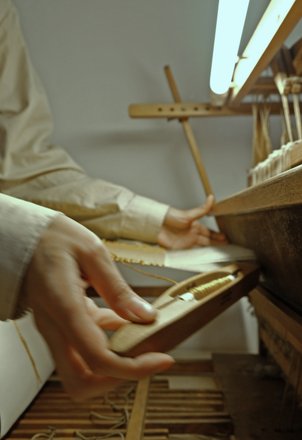 The artist weaving in her Munich studio, using self dyed yarns on a 80-years old handloom; 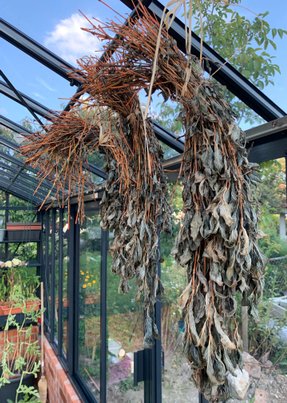 Drying the Indigo leaves for further processing in September 2021